The Fundamentals of Reading and Writing in Persian (Farsi)- It's Easier Than You Think!

To celebrate the launch of our long long awaited Persian (Farsi) Reading and Writing Course here at Learn Persian with Chai and Conversation, we thought it would be nice to provide a little introduction to the fundamentals of reading and writing in the Persian language. In this article, we hope to

Why learn how to read and write in the Persian language?

In Chai and Conversation, we’ve always emphasized conversational Persian, and aim to get students verbally communicating effectively as quickly as possible. Learning a whole new alphabet and new system for reading may seem intimidating for people learning a new language, and for this reason, all of our Conversational Persian lessons feature the words we’re learning in phonetic English spelling. This eliminates one of the largest hurdles many people have to diving into the Persian language in the first place.

However, in truth, you will not be able to understand a language fully until you can read and write it in its original form. If you want to truly understand the Persian language, it’s important to be able to read and write as well.  Although it may seem difficult at first, once you understand a few basic principles, it’s quite easy to get the hang of it.

An Overview of the Persian Alphabet

There are several letters in the Persian alphabet that look different but make the same sound. For example, there are four letters that represent the sound ‘z’- ذ، ز، ض and ظ. Although they all look different, they all sound the same. Knowing which letter to use is a matter of memorization. This is actually a holdover from converting the alphabet from Arabic to Persian- in Arabic, the different versions DO make different sounds, but not when reading and writing in Persian. The sound 's' and 't' also have several different versions that look the same, but sound different. You can see them all in the alphabet reference guide below.

Most letters of the Persian alphabet have two different versions- what we call a bozorg (big) version and a koocheek (small) version, similar to capital versus lowercase versions in the English language. Depending on where the letter occurs in the word, they take on different versions. It's fairly intuitive to know which version to use based on placement in a given word- this simply comes with practice, and isn't something you need to worry about in the beginning of learning to read and write.

Also, many letters in the Persian alphabet are distinguished by the number and the positions of dots they have. So, many letters have the same base structure, but depending on the placement and number of dots, they are completely different sounds. For example- ت، ب and ث have similar 'bases,' and what differentiates them is the placement and numbers of dots they have.

Another slightly more complicated aspect of Persian writing is that many of the vowels are in the form of an 'accent'- and although they are provided when you're first learning to read and write, eventually, they are presumed to be understood and are not written at all. So for example, the word bad in Persian is written like this: بَد. The accent above the first letter is actually the vowel sound a. In most written Persian, the word will simply appear as بد as the writer will assume that you know based on the context of the word which accent it would have. Again, this sounds very complicated, but becomes intuitive fairly easily once you begin practicing reading and writing.

Differences Between the English and Persian Alphabets

Persian writing is also more phonetic than English writing. For instance- in the word Pacific Ocean, the letter 'c' sounds different in every single instance of its use. Persian writing is not like this. When you see the letter س it always sounds like 's', no matter what. 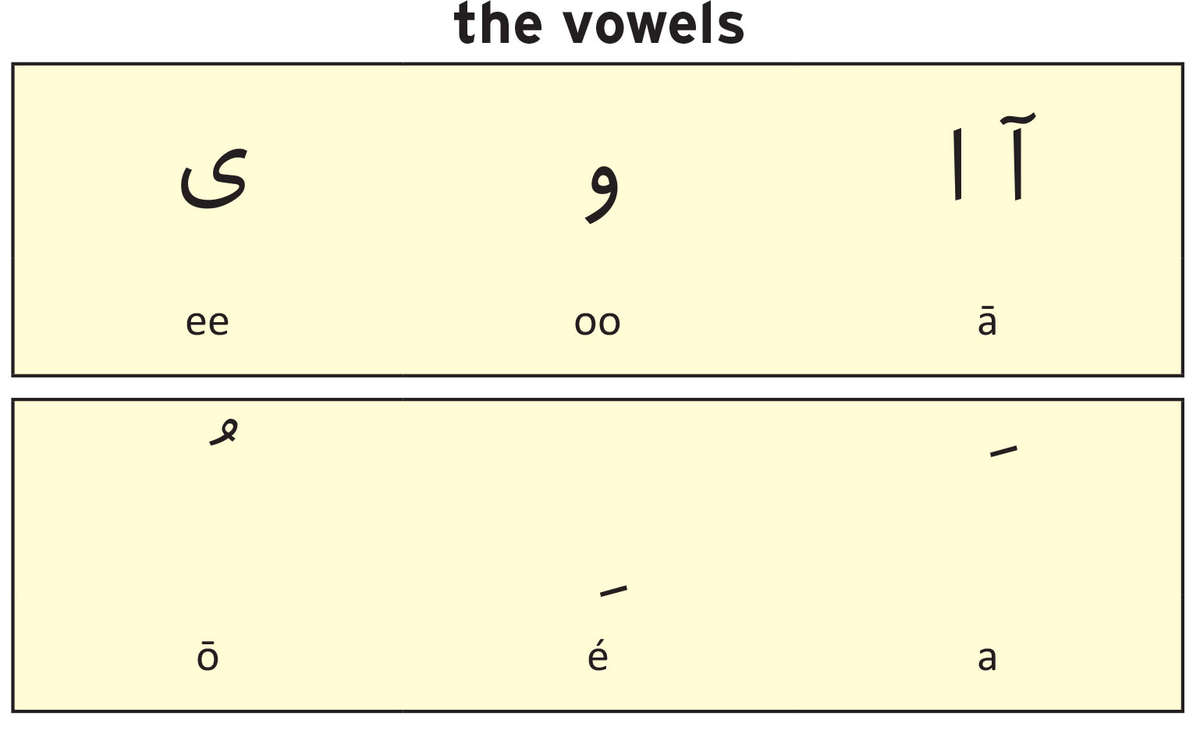 The Persian language has 6 vowel sounds total. This is in contrast to English which, although there are only 5 letters representing vowels, there are a total of 15 vowel sounds, created by combining those vowels in different ways.

There are only three letters of the Persian alphabet that are purely vowels. These are و، آ and ی (ā, oo, and ee). The other three vowel sounds are in the form of accents. They are َ، ِ، and ُ. As said above these accents are provided in the beginning when you are learning to read and write, but later, they are assumed to be understood. So you must make an educated guess about which vowel a word has based on its context.

Ready to Learn More About Reading and Writing in Persian?

Not to worry- our highly anticipated Reading and Writing in Persian (Farsi) series is now available! The series features easy to understand videos, as well as comprehensive PDF Guides that will have you reading and writing in no time. If you're not a member of Chai and Conversation already, you can sign up for a free 30 day trial of the program, and begin learning! 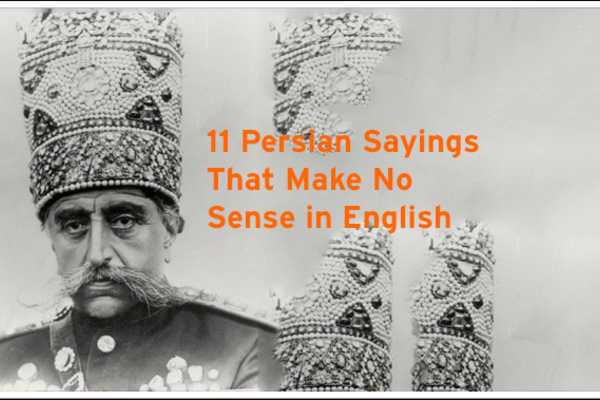 Azizam and Joonam- What do they Mean?