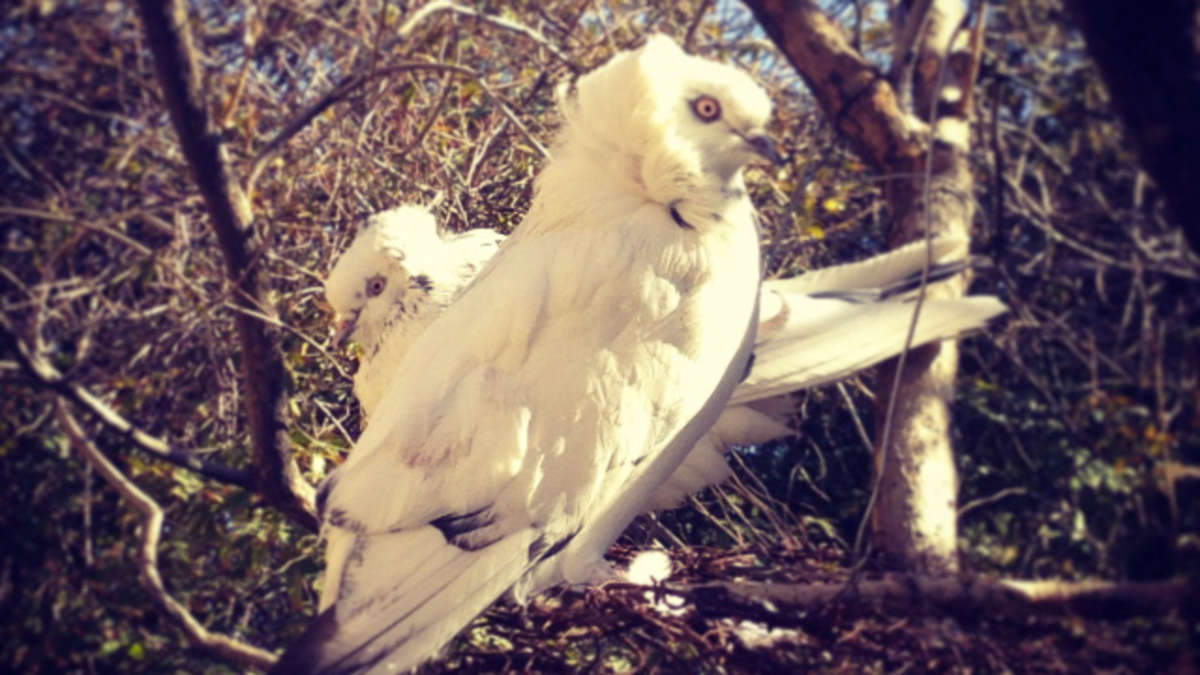 In this lesson, we learn common Persian sayings that often don't make sense in English. Expressions, idioms- these are what make a language unique! We also learn some common Persian insults.

Leyla: In today’s lesson, we’re going to go over some popular sayings in the Persian language. One of the most interesting parts about learning about different cultures is the very many idioms and expressions languages have that sometimes don’t even translate into other cultures. An important part of understanding a culture is by understanding these sayings, and sometimes learning where the sayings come from. Expressions become such a big part of a culture, that sometimes we don’t even realize how strange they are until we try to translate them for someone who speaks a different language. Let’s start with a phase we learned last week- jaatoon khaaliyeh. Do you remember what this means Matt?

Leyla: Right exactly, so literally it means ‘your place is empty.’ But it’s used to mean ‘you are missed’. So for example, if you’ve been at a gathering, and someone asks you how it went, you can say ‘it was great, but you were missed’. This is a form of tarof, or politeness, and let’s them know that although a good time was had, it would have been better if they’d been there. So jaatoon khaaliyeh

Leyla: Or you could say it in the past tense, by saying ‘jaatoon khaali bood’

Leyla: Another way to say this is ‘jaatoon sabz bood’. Sabz is the color

Leyla: exactly. So this phrase means your place was green, meaning there was grass growing where you should have been. So again, you were missed. Jaatoon sabz bood

Leyla: Great. So this is quite a common phrase, and you’ll hear it all the time. Another common nicety you’ll hear in the Persian language is ‘khaste nabashee’. This literally means ‘don’t be tired’, but you use it when someone has accomplished something, and you want to congratulate them for their work. So for instance, someone says ‘I’ve been working really hard all day!’ and you reply back ‘khaste nabashee’

Leyla: It’s very similar to a phrase we’ve learned before, which is ‘dastet dard nakoneh.’ We’ve learned that several times- remember what it means Matt?

Matt: Yes, it means thank you, or I hope your hand doesn’t hurt

Leyla: So with khasteh nabashee, you’re referring to something that doesn’t really relate to you. So you’re not thanking them for you- rather, you’re just letting them know you appreciate their hard work for their own sake. Khasteh nabashee

Leyla: Next, let’s learn the a common phrase used to denote incredulousness. And that’s na baba

Leyla: So I’m sure you can figure out what this means literally, right?

Matt: Yes, I guess it means no father

Leyla: Right. But it’s a common phrase used to emphatically say ‘no’. Like if someone asks you a question, and you want to say that the answer is ‘no’, you can say ‘na baba!’

Leyla: Or if someone says something that you don’t quite believe, you can say ‘na baba!’

Leyla: Another common phrase you might hear to mean an empathic ‘no’, you can say ‘na vala’

Leyla: Vala is actually an Arabic word that’s made its way into the Persian language, and it means ‘to god’. So na vala literally means ‘no, by god’!’ So again, a very emphatic no. Na vala

Leyla: And now to turn the conversation positive again, a common way of saying yes is ‘chashm’

Leyla: It’s especially used when someone asks you to do something, and you want to say ‘sure, I’ll do it.’ So for example, if you say ‘hey, will you bring me a cup of coffee?’ The answer could be ‘chashm’

Leyla: Next, a common phrase used to describe people is ‘ba namak’. This literally means ‘with salt’ but it refers to a person that is humorous and interesting. Ba namak

Leyla: You could also say someone is without any spice- bee namak

Leyla: If someone’s talking too much, on the other hand, and you want to discourage them from talking more, you could let them know that they talked your head off. There’s a very similar phrase in Persian that says ‘saramo bordee,’ or ‘you took my head’. Saramo bordee

Leyla: Or if you want to say someone else talked your head off, you could of course say ‘saramo bord’

Leyla: Since we’re on the topic of heads, there’s another phrase that’s very common in the Persian language, and that’s ‘khak bar saram’. Now, this isn’t a particularly nice phrase, so you should be careful who you use it around. For instance, maybe to be safe, don’t use it around much older people. It literally means ‘dirt on my head,’ which is another way of saying ‘I should die,’ and it’s hard to translate the phrase into English without using some not so good English words. But basically, it’s used when you’re made a big mistake, or realized something terribly wrong has happened. So ‘khak bar saram’

Leyla: You can also flip the phrase around and saying ‘khak bar saret’ meaning dirt on your head. But remember this is very insulting, and basically means something along the lines of ‘you should die!’ Khak bar saret

Leyla: We can have a whole lesson on Persian insults, but I don’t think we’re quite ready for that yet. I do want to teach one insult that comes up often in the Persian language, and that is the word ‘khar’

Leyla: This means donkey, but it’s used often in conversation in the Persian language as a mild insult. Khar

Leyla: You can just call someone a khar, and that’s like calling them an idiot. Khayli kharee- that means you’re really stupid. Khayli kharee

Leyla: Or, if someone is trying to take advantage of you, you can ask, ‘am I a donkey?’ meaning ‘You think I’m stupid?’ ‘Mage man kharam’?

Leyla: Donkeys come up a lot in the Persian language. Another common phrase they show up in is the phrase khar too khareh. Now, literally, this means, there’s a donkey inside a donkey. But, it’s a phrase that signifies chaos and disorganization. So for example, if you show up at a meeting, and everyone’s late, and no one knows the agenda, and everything is in disarray, you can simply say ‘khar too khare’! meaning ‘this is crazy!’ Khar too khareh

Leyla: Everything is crazy is ‘hameh cheez khar too khareh’

Leyla: The word everything is hameh cheez

Leyla: Great- so that’s a lot of phrases to learn in one lesson. Let’s go over them in a different order to make sure we understand these useful phrases. One way to say yes in an affirmative way is also the word for a body part. Do you remember what this is Matt?

Leyla: A way to say no in an incredulous way is by literally saying ‘no father’. Na baba

Leyla: And to say ‘by god no’, we have to get a little help from an Arabic word. And then we can say ‘na vala’

Leyla: Great. In the beginning of the lesson we learned again how to say ‘you’re missed’. What’s one way to do that Matt?

Leyla: Great. So in this case you’re saying it in the past tense,- you were missed. You can also say ‘you are presently missed’ by saying ‘jaat khaaliyeh’

Leyla: You can also say this phrase in a different way by using the color green. So you can say your place is green- how do you say this Matt?

Leyla: We also learned how to describe a particularly spicy and funny person by saying they have salt. How do you say this Matt?

Leyla: You could conversely say they’re super bland and lack any salt. You do this by calling them-

Leyla: Great. To compliment someone on a hard day’s work, you can say ‘khasteh nabashee’. Do you remember what this means Matt?

Matt: It means something along the lines of ‘don’t be tired’.

Leyla: If someone has talked too much, and you want to let them know, you say ‘saramo bordee’

Leyla: And finally let’s go over our donkey phrases. First the word for donkey alone is khar

Leyla: And you can tell someone they’re a donkey to insult them. Khayli kharee

Leyla: Or you can say that there’s a lot of chaos around by saying ‘khar too khareh’

Leyla: Great, and that’s all the phrases we’ve learned. That brings us to the end of the lesson! Thanks so much for listening

Matt: In case you missed it, these phrases have been covered before on our blog in a viral post called ’11 Persian sayings that make no sense in English’. In case you missed it when it was making the rounds, you can check it out in the links included with this lesson at www.chaiandconversation.com/lesson54

Leyla: There, you’ll find plenty of other things as well, including the link to our blog, bonus materials for this lesson, and all of our previous lessons.

Matt: Thanks again for joining us and ta dafeyeh bad, from Matt 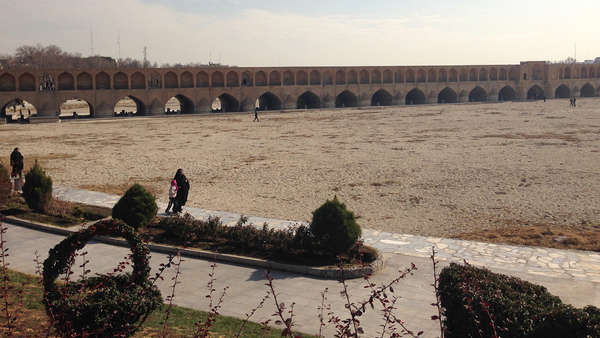 Respect in the Persian Culture 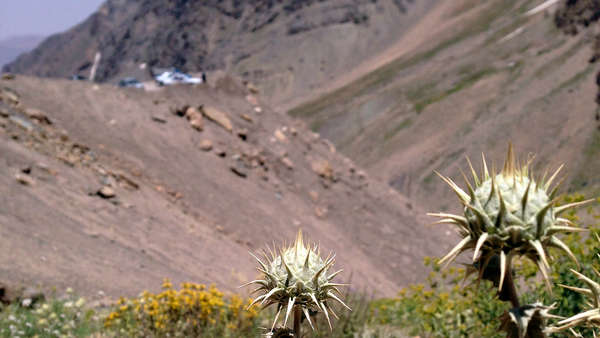 The Etiquette of Being Hosted