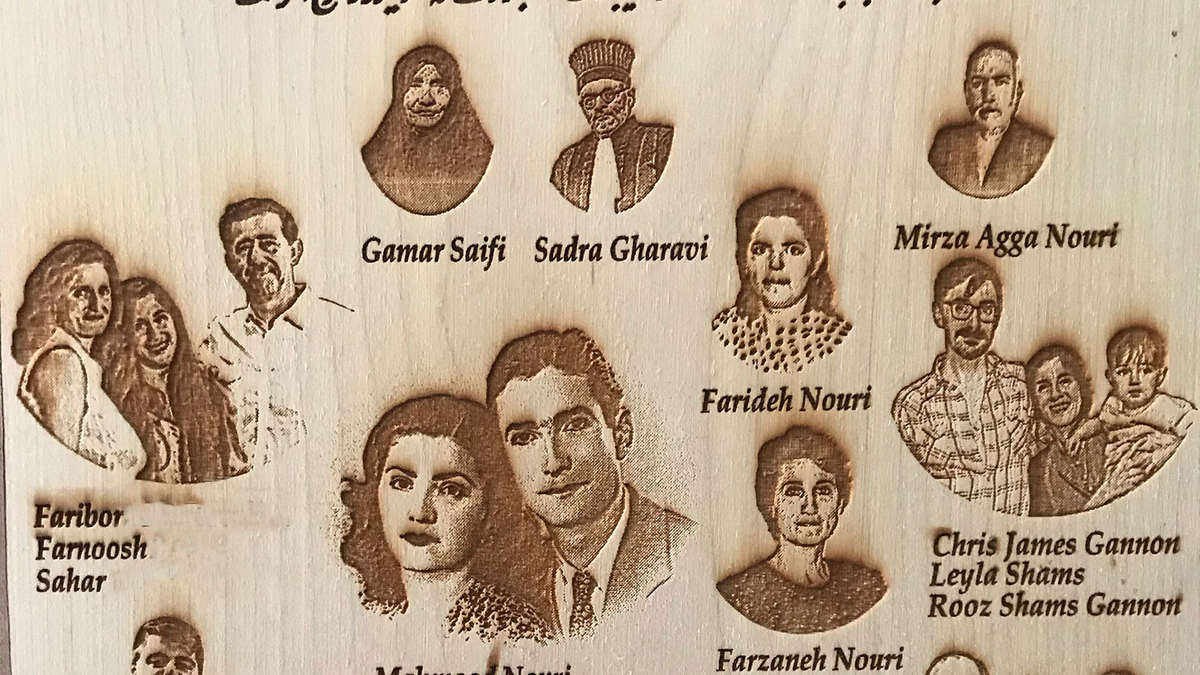 In this Persian (Farsi) lesson, we learn the common terms for members of a family. Family in Persian is khānevādé. In this unit of Chai and Conversation, we are learning several vocabulary words related to a certain theme at once. Listen to the lesson for many different words associated with families. Many common words are in the list below. Listen to the lesson for many other words related to this topic.

Leyla Shams: Hello and welcome to lesson 85 of Chai and Conversation. I'm Leyla, your host and I'm joined by my husband Chris. Salam Chris

Chris Gannon: Salam. This is Chris. I am Leyla's husband and I'm learning Persian along with the rest of you.

Leyla: And we are in our vocabulary sprint unit of Chai and Conversation. And we're learning groups of vocabulary around a certain topic. And today's topic is a very important one in Persian culture. And that is the topic of family.

Chris: Oh, yes, family is a very important one. I would say it is central to the Persian identity.

Leyla: That's right. And to that end, we have a lot of words related to different members of your family that are pretty interesting. And so first let's start with the word for family. And that is khanevadeh

Leyla: That's right. So that's the general word for family. And let's just go through different family members. First the word for mother is madar

Leyla: Madar, and this has the same roots is all these different languages mother a mother. I could go down the list. So it should be very easy for you to learn. So again, madar,

Leyla: and the word for father. Pedar.

Leyla: So again, very similar to Latin words. Madre, Padre. The word for sister in the Persian language is khahar

Leyla: And that one's a little bit different but we bring it back with the word for brother and that is baradar

Leyla: baradar and that is brother. So again. Let's go through these one more time. Mother madar

Leyla: And the word for brother bardar.

Chris: I have three half sisters actually. That's okay. In fact, two of them are staying with me right now in Austin. It's been wonderful.

Leyla: That's right. And we each also have half brothers. Baradareh natanee

Leyla: Natanee that not of the same body so they're just half. Tan is body so then natanee

Chris: Not fully from the same.

Leyla: Exactly. Okay, but then there's also a word for step siblings. And that would be a step brother would be a nabaradaree

Leyla: And a step sister is a nakhaharee

Leyla: which takes us to step father and stepmother. The step mother is namadaree.

Leyla: and a stepfather is napedaree

Chris: Okay. So then going on to other members of a family, a grandmother is madar bozorg.

Leyla: and my grandfather is a pedar bozorg

Leyla: and then a grandmother on your father side is madar bozorge pedaree

Leyla: Yeah, and that's a distinction that you always make. Is it madaree? Or is it pedaree? Which side is it on? So from the same token, let's talk about aunts. So like Chris said, his sisters are in town, and they are are watching our sons. And so to our sons, your sisters are ameh

Leyla: So the word for aunt. But if my sisters were in town, they would be called khaleh.

Leyla: So your aunt on your mom's side is khaleh

Leyla: and your aunt on your father's side is ameh

Chris: ameh. Now in Persian culture, there's also there's a lot of jokes made about your father's sister. Whereas your mother's sisters are always, you know, revered in an upstanding way it's, you know, it's an interesting distinction.

Leyla: It is. And then your uncle's on your father's side are amoo

Leyla: and your uncle's on your mother's side, our dayee,

Leyla: So one other interesting thing that I want to point out is that this vocabulary goes both ways. I don't know if you know this, Chris, but, for example, a mother, her child will call her mother, madar, that a mother will also call her child, madar, no matter if it's a boyor a girl. Did you know this?

Chris: No, I've never heard that before.

Leyla: Okay, so it's reciprocal. So it's a little bit difficult to explain, but it also happens with the words for aunts and uncles. So for example, our son Rooz will call his uncle dayee, and then if the dayee wants to refer to Rooz they'd also say, okay, dayee, beeya eenja, come here dayee

Chris: So my brother would, would refer to Rooz as dayee

Leyla: as dayee as a term of endearment, saying This is how you see me. I see you the same way.

Chris: Wow, that blows my mind.

Leyla: It's an interesting thing. It's not in other cultures I've been seeing this talked about a lot in the Iranian culture lately. I never realized that it's a weird thing. It's just something that you instinctively instantly do. So for example, Rooz, our son will come to you and say, Hey, Daddy, and you'll go Oh, Daddy, you're sweet.

Chris: That is super interesting.

Leyla: Yeah. So that is also something to keep in mind.

Chris: It's gonna it's gonna have to go against my Western nature to call my sons Daddy

Leyla: That's true. It is very strange. Let's go now to cousins. Now in English you have one word for cousin, cousin. In Persian yet different combinations of what a cousin could be.

Leyla: Okay. So let's understand the concept. We won't go through every single word but as we said, we have four different words for uncle and aunt right, depending on where they're on your father's side or on your mother's side.

Chris: Right, let's go through those again. But this time, your father's sister is called ameh.

Chris: Your father's brother is called

Leyla: Right. Exactly. And then for cousin then the way you say cousin is to say if it's the son or the daughter of an aunt or an uncle on your mother or father's side so as you can see there's 16 different combinations. So say it is your aunt on your mother's side's son. It is a pesar khaleh

Leyla: Is your boy cousin on your mom's sister's side.

Leyla: Maybe I got the math wrong- eight different? Yes. Okay. Yeah, that's right. So then there's that. And then let's say it's your girl cousin on your dad's side, your dad's sister. It would be dokhtar ameh.

Leyla: exactly dokhtar ameh is your girl cousin on your dad's sisters side.

Chris: Okay, we've covered a son and daughter so far in this sprint

Leyla: pesar is your son. We have not covered it. Pesar is just the word for boy pesar

Leyla: and then your daughter is just the word for girl dokhtar

Leyla: Okay, and to say like my son it's pesareh man

Leyla: and my daughter dokhtareh man

Leyla: Okay, so now let's go on to vocabulary first spouses. The word for husband is showhar

Leyla: But a word for a spouse in general is hamsar.

Leyla: my equal head. And that's a nice word. So we can use that hamsar

Leyla: And that could be either your husband or your wife, just your equal head, your spouse your equal. Okay, moving on to vocabulary related to families in general, a big family would be khanevadeyeh bozorg

Leyla: and most Iranians have very big families. So this is a big one or you can have a small family khanevadeyeh koocheek

Leyla: The word for, for being married marriage is ezdevaj

Leyla: And the word for a wedding that ceremony that you have is aroosee

Leyla: So, to be to have a fiance or to be be truth to someone is namzad

Leyla: Yeah, so namzad is a fiance. Okay, and a girlfriend, doost dokhtar

Leyla: doost dokhtar, a friend that's a girl though that is the word for girl and a boyfriend would be doost pesar

Leyla: Okay, so again, the word for family khanevadeh, and that was a lot of different vocabulary related to families but it is an important part of Iranian culture. So you can by the number of sheer number of words that we have to describe individual family members, how important families are.

Chris: It's a nuanced subject with multiple ways to discuss and describe the family unit,

Leyla: Right. And so on our bonus vocabulary, we'll have nice charts to explain all this little family tree drawing to make it a little bit more clear, make it easier to understand. So hope you enjoyed this lesson and we'll be back next next lesson with another vocabulary sprint about a different subject to thank you for listening. Khodahafez from Leyla

Chris: Khodahafez from Chris. I'll see you next time. 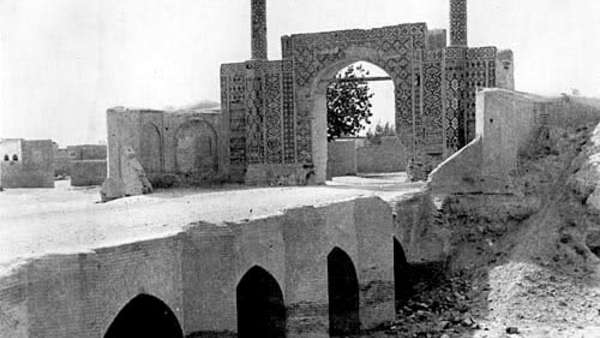 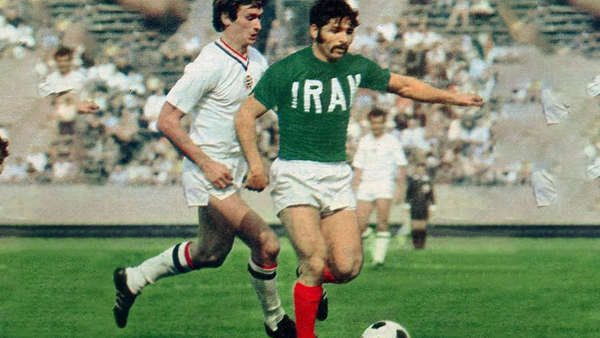