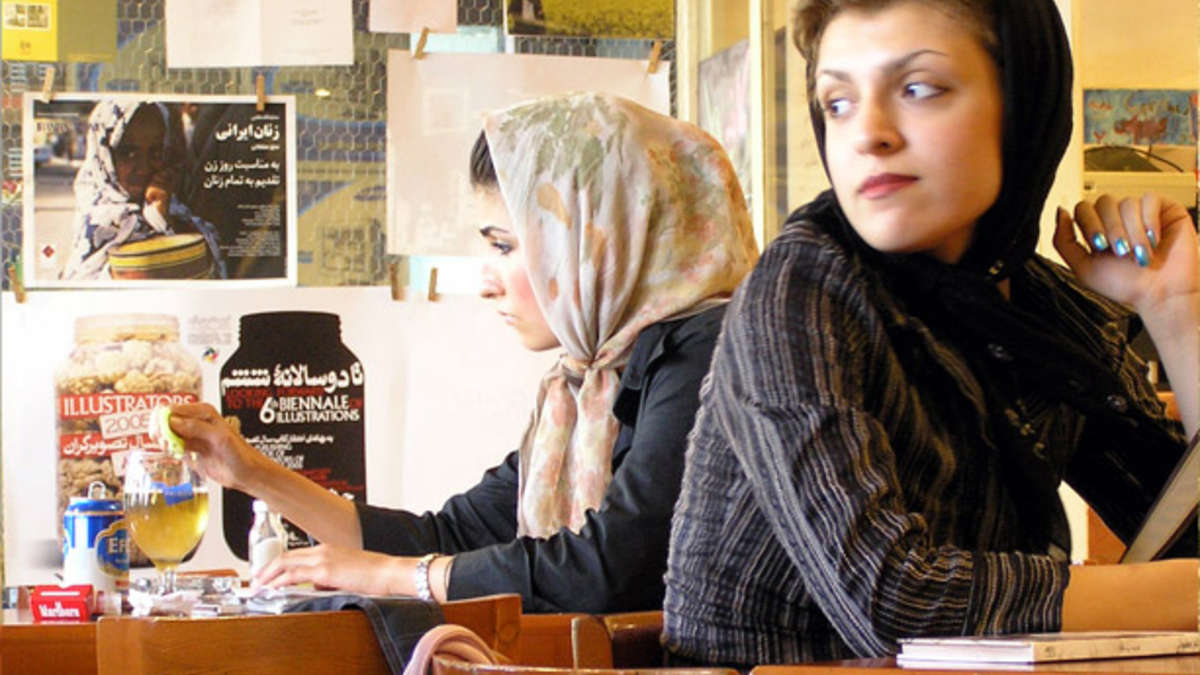 Lesson 13: How to Host or Be Hosted (especially when it involves chai)

in this lesson, we are going to cover the concept of being hosted, either at someone's house or at an establishment. Iranians love to host people. For instance, when you visit someone of Persian decent at their home, they will most likely immediately offer you tea. So in this lesson we learn vocabulary that is associated with hosting or being hosted, including the names of different beverages, and how to offer things to guest or accept offerings.

Leyla: Hello everyone! We'd like to welcome you back to Chai and Conversation.

Matt: We're on lesson 13 of the second unit of Chai and Conversation

Leyla: As you know, in Unit two, we are dealing with language that you will use in practical situations. So far, we've learned how to deal with situations in which we can't perfectly understand the language, we've gone over numbers, and places around the town, and now we are going to cover what to do when you go to someone's house, and have to deal with tarof.

Matt: If you've been around Iranians enough, you have had to deal with tarof whether you know it or not. There are many different forms of tarof, but basically, it is the ritual of etiquette that is ingrained in the Iranian culture.

Leyla: A few weeks ago, we published a wonderful podcast called This American Life that did a nice and short piece about the intricacies of tarof. You can look it up there. But in today's lesson, we are going to deal with it in context of going to someone's house, and being offered something to drink.

Matt: As we mention every week, this podcast is only one part of chai and conversation. Bonus materials including pdf guides and enhanced podcasts can be found on our website at www.chaiandconversation.com

Leyla: We've updated our online system so that the bonus materials are easier to access. As always, we welcome your feedback and commentary. You can contact us through the webpage at www.chaiandconversation.com. But enough of that, for now, Matt, hazeree Farsi yad begeeree?

Leyla: So as we mentioned, in this lesson, we are going to cover the concept of being hosted, either at someone's house or at an establishment. When you visit someone of Persian decent at their home, they will most likely immediately offer you tea. You should know the word for tea, because we say it every single time in this program. So, what is the word for tea Matt,

Leyla; ExactlyÉ it's pronounced differently than the way we say it in the English language 'Chai.' It's Chai

Leyla: In English, the word chai is associated with spiced tea, usually coming from India. But in many middle eastern countries, the word chai simply means tea of any kind, and it's an essential part of Iranian culture. There's a whole ritual behind getting the tea ready, waiting for it to cool, eating it with sugar cubes or with pastries, and in the meantime having conversations. So again, one more time, chai

Leyla: So usually a host will come to you and say 'chai meekhoree?'

Leyla: Also note that before you go over to their house, they will probably already have the tea brewing, so it's no use to refuse the tea. So to say 'Yes, I will eat it' you say 'Baleh, chai meekhoram'

Leyla: Which means, I do want some tea. Now let's cover a few different things you could have with your tea. Often, Iranians will have tea along with some sugar, or 'sheekar'

Leyla: As you can guess, ba means with. More commonly, tea is coupled with sugar cubes or 'ghand'

Leyla: These are hard sugar cubes, and the traditional way to have them with tea is to put them in your mouth first, and drink the tea on top of the sugar cube, so that it dissolves a bit with each sip. Chai ba ghand

Leyla: It's that hard 'gh' sound that we learned in lesson 8. Ghand

Leyla: You could also have 'Chai ba shirini'

Leyla: And now, what if you've had several cups of tea already and you just can't imagine having another one. You can say 'no thank you'. We've learned both of these words before, now let's put them together. No thank you in Persian is 'na merci'

Leyla: And you could follow it up with I don't want tea, which would be 'chai nemeekham'.

Leyla: So Matt, I'll ask you if you want some tea, and you can say, no thank you, I don't want tea. 'Matt, chai meekhay?'

Leyla: The inverse of this would be 'I do want tea' or 'chai meekham'

Leyla: You could also be asked do you want more tea. The word for more is beeshtar

Leyla: So Matt, you have your cup of tea right now as we're recording, and I'm going to ask you 'Beeshtar chai meekhay?

Leyla: Haha, that's great, but I can't get more for you as we're recordingÉ you'll have to wait a few mintues. In the meantime, let's learn a few more words for beverages you may be offered when you visit someone in their home. Another common drink is 'ghahveh'

Leyla: This means coffee. Though it's not as common as tea, coffee is also a big part of Perisan culture, especially when it comes in the form of 'ghahveyeh torkee'

Leyla: Another common drink that can also be mixed with chai and ghahveh is 'sheer'

Leyla: And sheer is the word for milk. It also means lion even though the word lion is completely unrelated to milk. Sheer

Leyla: So you could also say chai ba sheer, the way the british often have tea, or ghahveh ba sheer.

Leyla: You could also simply be offered water. Water in Perisan is 'ab'

Leyla: You can have water with ice, ab ba yakh

Leyla: You could also be offered 'sharbat'

Leyla: Sharbat is a special drink that's often served when it's hot outside. It's a mixture of syrup, such as sour cherry syrup, or orange blossom syrup, with sugar and water, and ice. It's very refreshing. So again, sharbat

Leyla: You could also be offered 'ab meeve'

Leyla: Ab is water and meeve is fruit, so fruit juice, ab meeve

Leyla: One last word we're going to learn before going over all the vocabulary we've learned so far is the word for soft drink, which is 'nooshabeh'

Leyla: So nooshabeh covers all carbonated soft drinks. Generally, Iranians don't refer to soft drinks by their trade names. As in many other countries, coke simply refers to any soft drink that is dark colored, whether it is Coca Cola, Pepsi, or a generic brand, and soft drinks are often referred to by their color rather than their name anyway. The word nooshabeh covers them all. Nooshabeh

Leyla: Ok, we've learned a lot of drinks so far, so let's go through them all quickly.

Leyla: Now let's learn two more drinks that are not allowed in Iran but are pretty common anyway. The first is 'ab jo'

Leyla: Again the word ab is there and jo is barley. So ab jo means beer

Leyla: And one final drink, also very important to Iranian culture is 'sharab'

Leyla: And sharab means wine. You may be familiar with Shiraz wine. Shiraz is a very important city in Iran, and though Shiraz wine is no longer produced in the city of Shiraz, the grapes that are used in making it are descendents of Shiraz wineries in Shiraz. Wine is generally a big part of Iranian culture, and many famous poems have been written around the concept of wine. So again, sharab

Leyla: And sefeed means white. So sharbeh ghermez, red wine, or sharabeh sefeed, And the most common form of toast for drinking alcohol, equivalent of 'cheers' in English is 'be salamati!

Leyla: and this means 'to health,' so let's drink to health!

So now that we've learned all these drinks, let's learn the vocabulary for if someone comes to your house, and you want to ask them what they'd like. You could say 'What would you like, or literally 'what do you wish for'- 'Chee mayl meekonee?'

Leyla: And this is informal. The formal version would be 'chee mayl meekoneed?

Leyla: For formal. So Matt I'm going to ask you 'To chee meekhoree?' And you'll answer what you'd like followed by lotfan, which means 'please'

So Matt, to chee meekhoree?

Leyla: And I can answer by saying 'bashe' which means 'ok.' So let's try this again, 'Matt, to chee meekhoree?

Before we finish the lesson, I just want to note that this lesson has been introducing the concept of 'tarof', one of the most important parts of Iranian culture. In this case 'tarof' is offering someone something to eat or drink immediately when they come over, and Iranians will do this without fail, as hosting and being hosted is a BIG part of Persian culture. We'll cover this more in later lessons.

Leyla: And that brings us to the end of lesson 13. As always, thanks so much for listening

Matt: And don't forget to check out our website at www.chaiandconversation.com

Leyla: We look forward to you joining us next time on Chai and Conversation.

Matt: And until then khodahafez from Matt 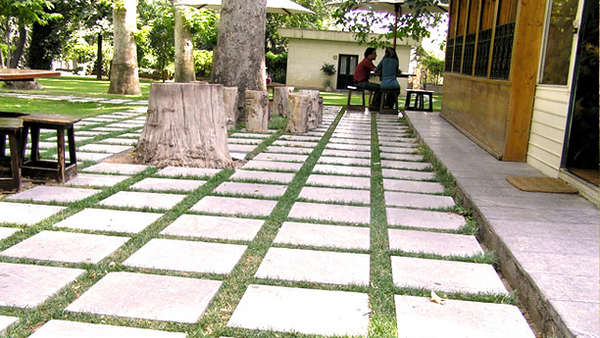 More Numbers, and the Months, Days and Seasons 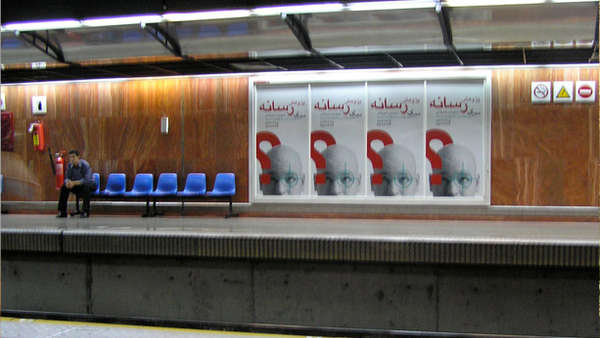 How to Talk About Places Around Town, and Possession