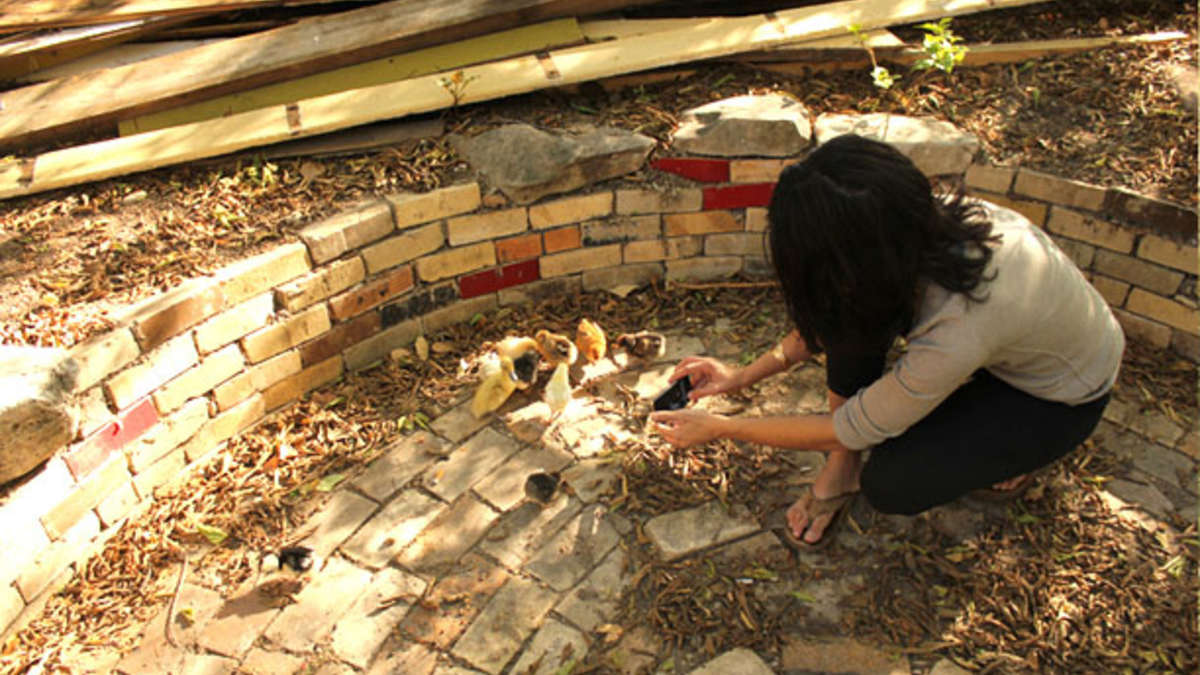 Lesson 17: How to Describe Things (Includes List of All the Colors)

In this Persian/Farsi lesson, we learn all about how to describe things. We begin with the colors in the Persian language:

And more! We go over a dialogue in which we talk about expensive cars.

Leyla: Hello everyone and welcome back to Chai and Conversation!

Matt: We are now in Unit 2 of the lessons, and we are continuing to build up our vocabulary and conversational skills.

Leyla: We've been talking a lot about food lately, and we still have a bit more to cover on that topic, but I thought we'd change gears a bit for this lesson and learn another important part of language learning- how to describe things.

Matt: In this lesson, we'll be going over some frequently used adjectives and end it with a dialogue that deals with choosing a car.

Leyla: As always, you can find bonus materials for this lesson and all the other lessons on our website at chaiandconversation.com with chai spelled chai. But enough of that for now, Matt, are you ready to begin the lesson?

Leyla: Great, then let's begin to learn Persian with Chai and Conversation!

Leyla: So Matt, you know this already, but I'll tell my listeners, this week I went out and purchased 9 baby chickens. That's one of the benefits of living in Austin TexasÉ it's not uncommon to have chickens in the backyard. My grandmother used to raise them in Ahvaz Iran as well, so I guess I'm going back to my roots in a way. So, to have a bit of fun with it, let's learn to describe these chickens. First, the word for chicken is 'morgh'

Leyla: Right, so we have that difficult gh sound in thereÉ hopefully everyone's gotten that down by now. So the word for chicken- morgh

Leyla: So the chickens I chose happen to come in all different colors, red, orange, brown, white, black, with accents of every color in between. We haven't gone over colors before in the program yet, so let's go ahead and do that now. First, the word for color is rang

Leyla: And the word for colors, plural is rangha

Leyla: And ab if you remember is the word for water. So the color of water, blue, abee

Leyla: And again, remember in food greens is sabzee

Leyla: And we also have the dish gourmet greens, ghormeh sabzee

Leyla: Similar to the Spanish for orange, naranja. Naranjee

Leyla: Next, there are two different commonly used words that mean 'red'. The first is sorkh

Leyla: And the second ghermez

Leyla: Sorkh and ghermez. So let's learn one last color before going over all of these one more time. The word for the color brown is 'ghahveyee'

Leyla: And Matt, do you happen to remember the word for coffee?

Matt: Of course, it's Ghahve

Leyla: So you ready to go over all these colors again? So white is sefeed

Leyla: Blue, has to do with the color of water, do you remember this on your own Matt?

Leyla: That's right, blue is abee. The color of green is the same as greens or herbs, can you remember that one?

Leyla: That's right! Yellow, I'll help you out with, it's zard

Leyla: Great. Then red has two versions. The first is sorkh

Leyla: And the second is ghermez

Leyla: These are both used equally often, and they can both be used for any shade of red. It just depends on your preference of which you'd like to choose. They each contain the difficult sounds we've learned, so maybe you can choose based on which is less difficult for you to say, gh or kh, ghermez or sorkh. And finally, brown, which is similar to the word for coffee. Can you remember it Matt?

Leyla: Ok great! You can practice these on your own until you can remember them. But for now, let's learn how to use these colors to describe my new chickens! So one of the chickens is white. So to say 'this chicken is white, we say 'een morgh sefeede'

Leyla: This should be a familiar structure to you. We've taken sefeed and hast meaning 'is white' and reduced is to 'sefeede'. So een morgh sefeede

Leyla: If we want to simply say 'white chicken' we say 'morghe sefeed'

Leyla: Now the e sound in this phrase, as in morgh-e is something we've learned before. It's called the 'ezafe' and it's used to link the adjective to the noun. So we just put the two words together and link them with this sound, simple as that. Morghe sefeed

Leyla: So, knowing yellow is zard, how do we say yellow chicken?

Leyla: So this is a general rule. One color is rang, and multiple colors are rang-ha. So when you want to make something plural, you add 'ha' at the end.

Leyla: Let's take another noun we knowÉ can you think of one Matt?

Matt: Ummm, how about book, ketab

Leyla: Ok, getting back to what we wanted to say 'these chickens are black. We simply say 'een morgh-ha seeyahan'

Leyla: Seeyahan is a shortened version of seeyah plus hastand. Really it becomes seeyahand, but in conversation, the d becomes silent. So een morgh ha seeyahan

Leyla: And then to say black chickens we say 'morgh-haye seeyah

Leyla: Let's also revisit another concept we learned in a previous lesson. To say 'I have a sister' we said 'man ye khahar daram

Leyla: How would you say 'I have three sisters'

Leyla: That's right, so nothing changes except the number. So let's apply this to black chickens. To say I have three black chickens, you simply say 'man se morghe seeyah daram.

Leyla: And to say I have one white chicken you say 'Man ye morghe sefeed daram

Leyla: Ok great! Now let's learn some more describing words that can be applied to these little chickens. Let's learn how to compare chicken sizes. First, lets learn the word for small. It's koocheek

Leyla: So we could say 'een morgh koocheeke'

Leyla: Or, to say all the chickens are small, which is true right now, you say 'een morgh-ha koocheek-an. So we make both the noun and the verb plural, just as you would in English. So in English you say 'this chicken is small', and or 'these chickens are small'. In Persian you say een morgh koocheeke. Koocheekeh is a combination of koocheek and hast. Hast is the singular conjugation of is. And for plural you say een morgha koocheekan. Koocheekan is a combination of koocheek and hastand. Hastand is the plural conjugation of is. Een morghha koocheekan.

Leyla: And to say 'this is the smallest chicken we say have to flip things around a bit. We say 'een koocheektareen morghe'

Leyla: So just as we flipped things in English from This chicken is smaller to this is the smallest chicken, we switched it from 'een morgh koocheektare' to een koocheektareen morgheh'

Leyla: So to say smallest, we add a 'tareen' to the adjective. Koocheektareen. So let's go through all three of these again. Een morgh koocheeke

Leyla: So using the same rules, we add tar to the end to form bigger. Bozorgtar

Leyla: And we add tareen to make it biggest. Bozorg tareen

Leyla: So quicker is ferz-tar

Leyla: And quickest is ferz-tareen

Leyla; And slowest is kondtareen

Leyla: And best looking is ghashangtareen

Leyla; And ugliest is zeshtareen

Leyla: Now let's say again, we're talking about the chickens, and you want to say 'this black chicken is nice looking.' You would say 'een morghe seeya ghashange.

Leyla: But that the yellow chicken is slower. Vali oon morgheh zard kond-tare

Leyla: Ok, we're nearing the end of the lesson, but we're going to finish it up with a dialogue, and in order to do that, we'll need to learn a couple more words. This dialogue is going to involve deciding on buying a car. So first, the word for car- masheen

Leyla; Just a note, you could also use the word 'automobile'

Leyla: But masheen is a little more common. Machin

Leyla; And Matt, following the rule of adding 'ha' to make it plural, how do you say 'cars.'

Leyla: That's right. Now we've learned the word for good before, do you remember it Matt?

Leyla: Right. So, this is one of the words that has an exception when converting it to comparative adjectives. For example to say better you don't say 'khoobtar' as you would think. Rather, you say 'behtar'

Leyla: And best builds on the word for better, and is behtareen'

Leyla: Now let's learn the word for expensive. And that is geroon

Leyla: So more expensive is geroontar

Leyla: And most expensive, geroontareen

Leyla: And cheap is arzoon

Leyla: And cheapest is arzoontareen

Leyla: So let's quickly go over the base of all the adjectives we have learned so far, and then we can have a dialogue using the words we've learned. Here we go 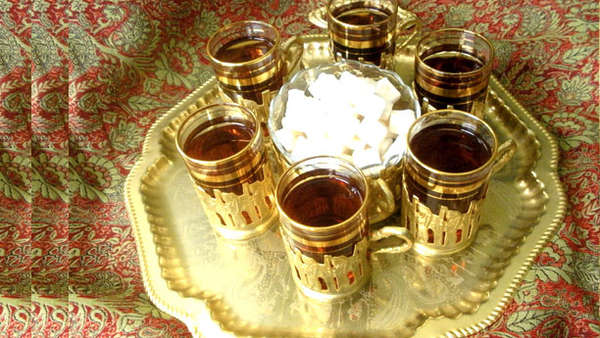 How to Talk More About Food and Specific Persian Meals 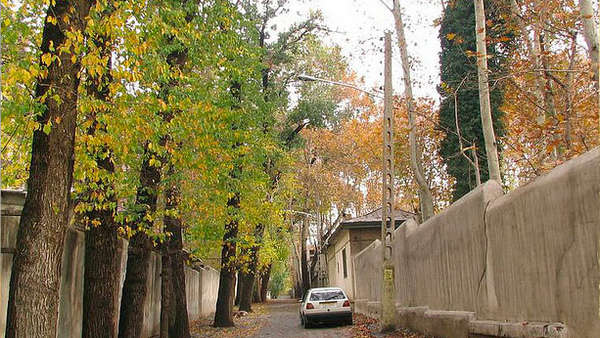 How to Talk About the Time and Weather