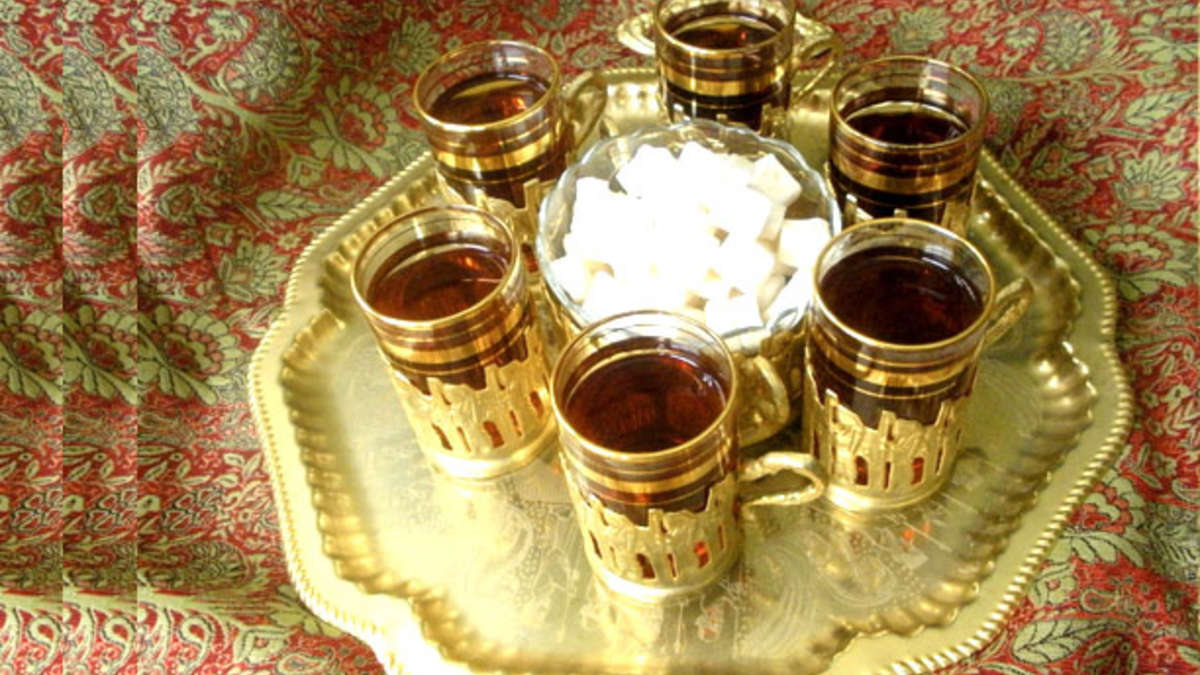 Lesson 16: How to Talk More About Food and Specific Persian Meals

It's hard to talk about Persian food without wanting to eat it, so we apologize for this lesson in advance. In this Persian/Farsi lesson, we will go over different mealtimes that come up in every culture, such as:

and a few other meals in between. We learn how to call people to a meal, and talk about a few different extremely popular Persian foods.

We also learn how to leave a party. In Persian culture, leaving requires a whole ritual- it's not a simple process. So for instance, Iranians never simply say they have to go. Instead, they use the phrase 'bāyad yavāsh yavāsh beram,' which literally means 'I have to slowly, slowly go.' This begins the incremental process of leaving. They use the phrase a few times in order to warn the host that they're about to leave. It takes a few more steps to actually accoplish this task however, such as getting up, standing by the door for a while, standing by the car for a while, etc. Iranians just like to keep the party going.

Leyla: In lesson 14, we went over the names for different places around town. In this lesson, we're going to expand on that by learning how to ask for directions and how to get more information about places in general. Let's begin, however, with vocabulary for more places around town that we didn't get to in that lesson, and let's also go over the vocabulary for a few different modes of transportation. Perhaps you're on vacation and you're not staying at home. You would stay in a hotel, or in Persian hotel

Leyla: So as you can see, the words for these two are not so different. Hotel vs. hotel. Hotel

Leyla: The word for university is daneshgah

Leyla: And school is madrese

Leyla: You might remember the word madrasa- it was in the news quite frequently recently and was mistakenly translated as Islamic school. But in fact, madrese in Persian simply means school and has no relgious connotations. Madreseh

Leyla: Keeping on the theme of children, daycare is 'mahdekoodak'

Leyla: Let's learn one more extremely easy one, and that is the word for park, park

Leyla: Now let's go over the vocabulary for a few forms of transportation. Let's start with car, masheen

Leyla: The word for bicycle in Persian is 'docharkheh'

Leyla: The word for bus is 'autobus'

Leyla: The word for train is ghatar

Leyla: There are plenty other modes of transportation but let's learn one more for now and that is on foot, or peeyadeh

so now, if you see someone in the street and you want to ask them where something is, you could always add an intonation of a question to the word and look really lost, like muse? but you could also ask the complete question, where is the museum? We've learned the word for where before 'koja'

Leyla: To say where is the museum then, you would say 'Muse kojast?'

Leyla: And of course knowing that in Persian words are often combined, kojast is a combination of koja and hast. Kojast. Muse kojast?

Leyla: And if you see someone in the street and you'd like to stop them to ask them a question, you say 'I'm sorry'- bebakhsheed

Leyla: This literally means pardon me, or excuse me. Babakhsheed

Leyla: So to say excuse me, where is the museum, you say 'bebakhsheed, muse kojast?'

Leyla: How would you say excuse me where is the bank?

Leyla: How about where is the restaurant?

Leyla: They could also point to the building and if it is slightly in the distance could say 'oonjast' meaning it's there. oonjast

Leyla: so to ask is it near, you'd simply say 'nazdeeke?'

Leyla: so you know the word for here, it's eenja

Leyla: so to say is it close to here, you simply say 'nazdeeke eenjast?

Leyla: And to say for instance, the museum close to here, you could say muse nazdeeke eenjast

Leyla: And as always, to make it a question, raise the tone at the end- muse nazdeeke eenjast?

Leyla: The opposite of near is far which in Persian is 'door'

Leyla: and to say is the museum far from here, it's

Leyla: Now to combine these sentiments with the modes of transportation we learned earlier, there are several questions you can ask to find out whether the place you want to go is near or far. To begin, you could ask, 'could we get there by foot?' In Persian this is 'peeyade meeshe raft?'

Leyla: Meeshe is the word for is it possible, and you will hear this said a lot in Persian. Meeshe

Leyla: And to answer, you could simply say 'baleh meeshe'

Leyla: Which means 'yes it is is possible'. Or 'na, nemeesheh'

Leyla: Which means Òno, it is not possible'

Leyla: You could also ask 'could we get there by bus'É 'ba autobus meesheh raft?'

Leyla: Ba again is the word for with, so you can use this for any of the vehicles of transportation, for instance, ba machine meesheh raft, ba docharkheh meesheh raft, etc.

Leyla: Ok, so you should have been able to recognize most of the words in this dialogue. First Matt asked 'babakhsheed, park kojast?' What does this mean Matt

Matt: It means 'excuse me, where is the park'

Leyla: Exactly, and I presumably pointed in some direction and said 'hamoon oonjast. Hamoon is a word that we haven't covered but it's a filler word which translates to the equivalent of 'it's right there'. So instead of simply saying 'there' you're saying 'it's right there' in a conversational way. Hamoon oonjast

Leyla: And Matt replied with 'khayli nazdeekeh!' You know both of these words, so what does that mean Matt?

Leyla: And then I replied that 'baleh nazdeeke'É yes it's close, simple enough. Then Matt replies 'pass peeyade meeshe raft'. Peeyade meesheh raft as we learned means 'it's possible to go by foot'. What do you think pass means Matt

Leyla: Exactly, so Matt is saying 'then it's possible to go by foot.' After Matt says 'khayli mamnoon' or thanks very much, I replied moshgelee neest. This means 'no problem'. Moshgelee neest 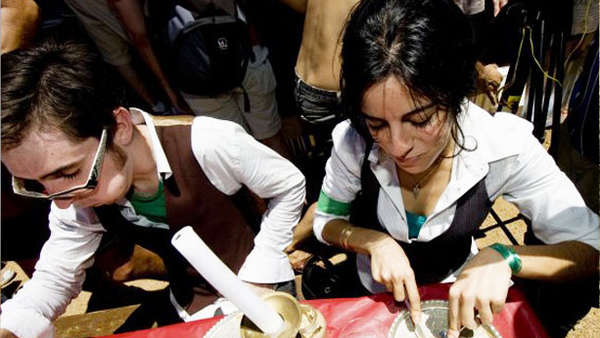 How to Talk to People in a Formal Manner, and More on Hosting and Being Hosted 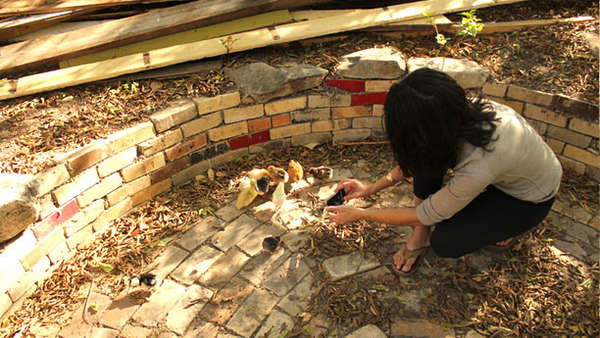 How to Describe Things (Includes List of All the Colors)