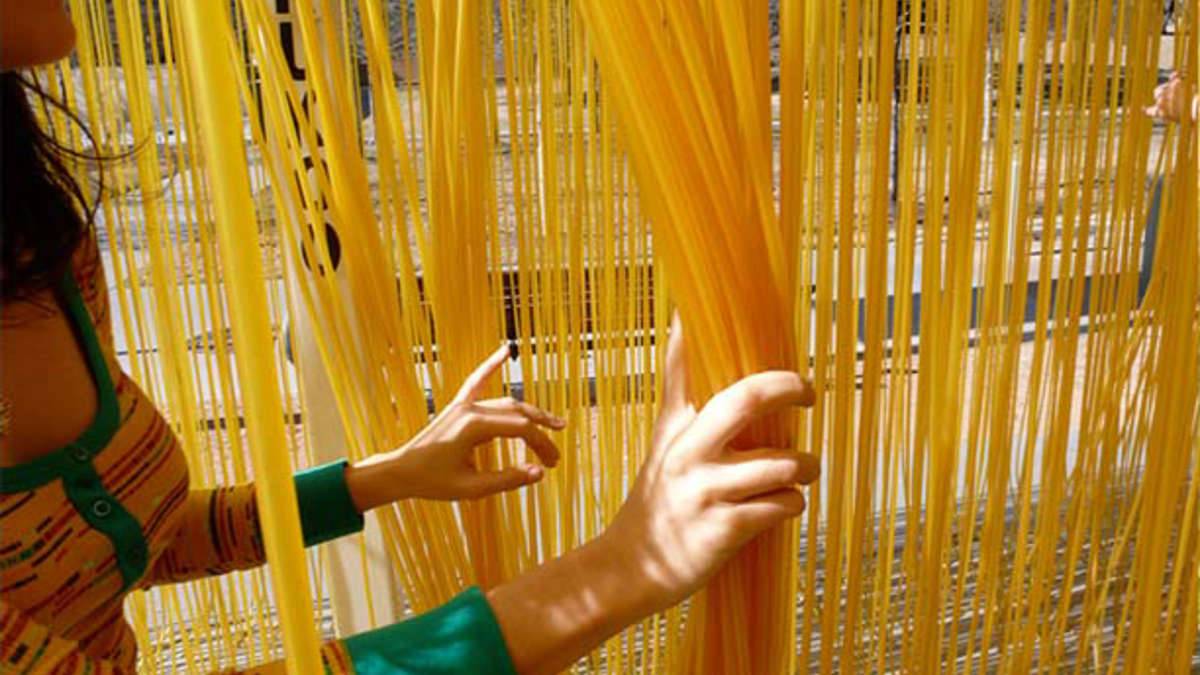 Lesson 8: How to Talk About Your Likes and Dislikes

In this Persian (Farsi) lesson, you learn to talk about your likes and dislikes. Also, we will be learning the Persian sound ‘gh’. There are two sounds in the Persian language that you don't hear in English. The first is the sound 'kh' heard in words such as 'khoobam'- we went over this in Lesson 1. The second is the sound 'gh' which we'll be going over in this lesson. We learn it specifically to learn the word for music, or museeghee in Persian.

The phrases covered in this lesson will allow you to say whether or not you:

Or, whether you like specific figures such as Charlie Chaplin. In order to learn how to say that you like a specific person, we have to learn about the 'direct object marker', the sound rā which has no direct translation in the English language.

We also go over talking about what you like to do. The phrases we learn with regard to this are:

We also learn to speak about these in the negative sense, and say that we don't like to do certain things.

Matt: Welcome to a brand new edition of Chai and Conversation.

Leyla: We're so glad that you are joining us. Man Leyla hastam, va moaleme Farsi hastam. I am Leyla and I am a Persian language teacher.

Matt: Man Matt hastam, va man shagerd hastam. I am Matt, and I am a student.

Leyla: If you're joining us for the first time, welcome! We're so glad to have you with us.

Matt: Our lessons follow a progression, and each new lesson builds on the last one. If you haven't heard the previous lessons, you can download them at chaiandconversation.com with Chai spelled CHAI.

Leyla: In addition to the podcast, you'll find a helpful cultural blog on our website, as well as bonus material packages for each of the lessons. The bonus materials include the words written out phonetically in English so that you can follow along as you learn.

Matt: There's also information about how to contact us on the website. If you have any comments and suggestsion, please send them our way. We appreciate any feedback!

Leyla: But for now, let's get on with the program. Matt, are you ready to begin learning?

Leyla: Last week, we learned about jobs, and we learned how to say what kind of job we do. We continued to say what type of place we work in, and whether or not we like our job.

Matt: Another great way to communicate with people and get to know them is to talk about your likes and dislikes, about what you like doing in your free time.

Leyla: So the phrase for 'I like' is 'doost daram.' To say do you like your job you would say 'Kareto doost daree?'

This is the informal version because it's using the 'to' form. But there's the formal version also. In this version, two of the words change. You say 'karetoono doost dareed?'

Leyla: So the first word that changed is karetoono for formal from the kareto for the informal. This change signifies that you are addressing the formal you and not the informal you. The conjugation of have changes from daree for informal to dareed for formal. In this sentence you have literally saying 'do you have a liking for your job?' So let's try the formal version again, 'Karetoono doost dareed?'

Leyla: So that's the formal version. So it would be 'kareto doost daree'? for the informal and 'karetoono doost dareed' for the formal.

So we're going to learn some other words we are going to add to 'doost daram' to talk about the kinds of things we like.

Let's begin with nouns. First, let's start with a word that should sound very familiar to you all- chookoolat.

I'm sure you can guess that it means 'chocolate'. To say 'I like chocolate' you say 'Man chokoolat doost daram.

Leyla: And that's the structure you would use with any simple noun. Let's try a couple of other simple nouns. Or let's say you really like nature. The word for nature is 'tabee'at'. So you could say I like nature, or 'man tabeeyat doost daram'

Leyla: You could also say that you like something very much. Matt, do you remember the word for 'very'? We learned it when we learned to say 'I am very well'.

Leyla: Exactly, khayli. So to say you like something very you you say 'khayli doost daram'

Leyla: So if you like chocolate very much, you say 'Man chookoolat khayli doost daram.

Leyla: And Matt what does that mean

Leyla: Exactly. And now we are going to learn something I have been avoiding teaching you for a while now, the second sound in the Persian language that does not exist in the English language, gh. Matt, can you try to repeat that sound? Gh

Leyla: So, this sound is best described as a gulping sound, the exaggerated gulping sound you can often hear on cartoons, gh gh gh gh. Can you try repeating it several times like that Matt? Gh gh gh gh

Leyla: I think this sound is much harder for people to get than the kh sound, and since we didn't want to scare you off in the beginning, we left it for lesson 8. But I do think we'll inevitably just have to use it whether we like it or not, so better start practicing now. So, let's repeat that sound again, gh

Leyla: Let's try it in a word. mooseeghee

Leyla: So now you can use this word to say 'I like music.' To say this, you say 'Man mooseeghee doost daram.'

For proper nouns, it's a bit different. Let's say you want to say you like the actor Charlie Chaplin. To say this, you have to add a word in there. Listen carefully- Man Charlie Chaplin ra doost daram.

So learning exactly where to use 'ra' will take some time and practice. Hopefully, by listening to the examples in this podcast, you'll slowly start to get the hang of it. And don't worry about it too much- like we've always said, language is all about communicating. Persian speakers will understand what you're trying to say regardless of whether or not you use 'ra' correctly, or whether or not you use it in the right place.

Leyla: Now, to complicate this just a smidgen more, 'ra' is one of those words that's different in written versus spoken Persian. So, you rarely hear someone say 'Charlie Chaplin ra doost daram'. Rather, this gets shortened to 'Charlie Chaplino doost daram

Leyla: Next, let's try saying what you like to do. Let's start with an easy one- I like to watch movies. To say this, you say 'Doost daram film bebeenam.'

Leyla: Notice we flipped the sentence around, and now we are starting with 'doost daram' rather than ending on it. This makes the sentence less awkward and is the more typically used structure when you are saying what types of things you like to do. So, 'Doost daram film bebeenam'

Leyla: Film is the word for movies, and 'bebeenam' means to watch in the first person. So one more time 'doost daram film bebeenam'

Leyla: Bokonam means to do. Varzesh is exercise. So I like to do exercise would be the direct translation. 'Doost daram varzesh bokonam

Leyla: Or let's go use a word we learned before, chookoolat. You can say you like to eat chocolate, or 'doost daram chookoolat bokhoram'

Leyla: As you can guess, bokhoram is to eat in the first person. Ok, so we've covered a lot of things in this lesson. L:et's go through all these again, and pay close attention to the structure of each sentence.

Leyla: We're going to learn one very last thing to add to our list and that is how to say 'I like to learn Persian'. You say 'Doost daram Farsi yaad begeeram.'

Leyla: Farsi, as I'm sure you know, is the Persian word for the Persian language, and 'yaad begeeram' is to learn in the first person. So doost daram Farsi yaad begeeram

Leyla: There are plenty more things we can say we like, but we're going to add a list on the bonus materials, and stop this lesson here. We've given you a good starting point for talking about the things you like to do. You can look up other Persian words and hopefully figure out, using the sentence structures taught, how to talk about more of your favorite pastimes. If you have any questions, please don't hesitate to contact us!

Matt: Thank you so much for listening to the lesson.

Matt: It's nice to have formed a community of Persian speakers from throughout the world.

Leyla: Please remember you can support us further by downloading the bonus materials for each lesson off the website at the end of each lesson. You can now purchase all the previous bonus materials bundled together as well rather than having to buy each individually.

Matt: We hope you enjoyed the lesson, and hope you will join us in Lesson 9 of Chai and Conversation.

Leyla: Ta'a dafeyeh baad, or until next time, from Leyla

Matt: And khodahafez from Matt! 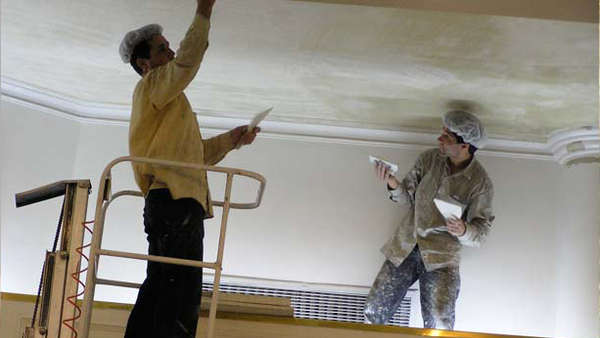 How to Talk About Your Job and Where You Work 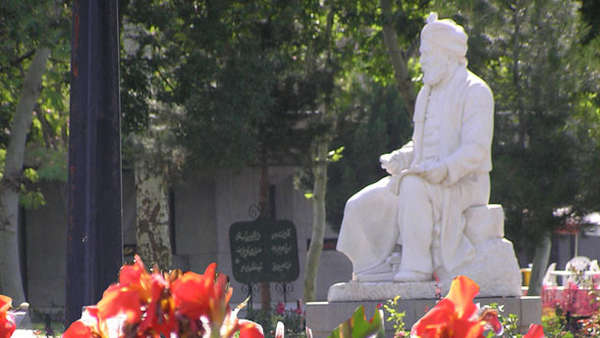 How to Use Question Words, More Family Vocabulary, and a Few Filler Words and Phrases