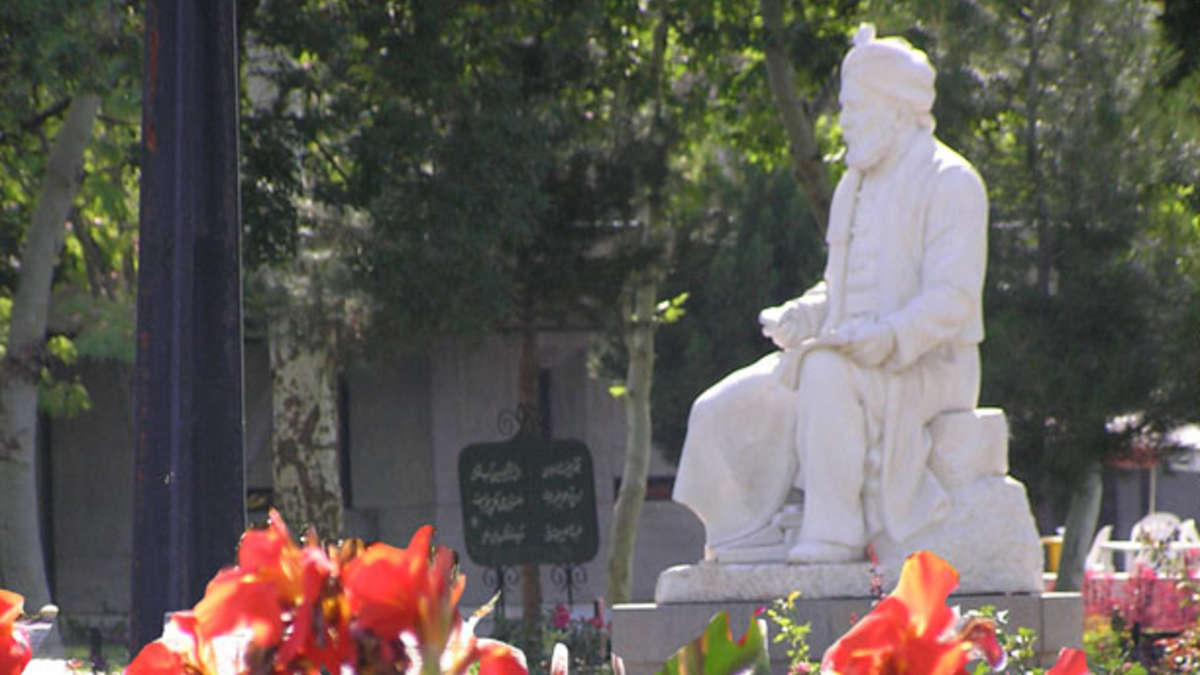 Lesson 9: How to Use Question Words, More Family Vocabulary, and a Few Filler Words and Phrases

In Iranian culture, family is extremely important. Instead of having just one Persian word for 'aunt' for instance, we have two- there is a different word for the sister of your father (amé) versus the sister of your mother (khālé). So when referring to one or the other, people know exactly whether you are speaking of your maternal or paternal aunt. Similarly, while there is only one word for 'cousin', in Persian there are eight different words for cousin depending on whether they are female or male, or whether they are on your mother or father's side of the family. This might seem complicated, but once you get the hang of it, it makes figuring out who a given person is referring to quite easy!

In this Persian (Farsi) lesson, we go over all the different words for extended family. These will be very useful when talking to Iranians, because, as we've said, family is extremely important in Iranian culture.

In addition, we learn the most important question words to help you form useful questions when having conversations. Questions are a useful tool for getting to know someone, and these question words will allow you to form many different sentences using the vocabulary we've learned so far. The questions words we go over in this lesson are:

We also learn some key questions you can form using these words including:

At this point of Chai and Conversation, you'll be amazed by how much you can understand of casual Persian conversations.

Leyla: Welcome to the ninth episode of Learn Persian with Chai and Conversation! We congratulate you on making it this far in the program!

Matt: We’ve been learning so much new vocabulary in each lesson, and we hope that it’s helped you to become more comfortable with learning the Persian language.

Matt: As you know, you can download the bonus material from our website at www.chaiandconversation.com with chai spelled chai. The bonus materials include pdf guides with the words spelled out phonetically in English, and enhanced podcasts that go over the vocabulary with flashcards.

Leyla: But for now, are you ready to begin the lesson Matt?

Leyla: So to begin with, in lesson one, we covered greetings and asking people how they are. So, Matt, how do we ask ‘how are you?’ Give the listeners a second to come up with their own answers before providing yours Matt. So, ‘how are you’ would be…

Leyla: Great, and now that we’ve learned a bit more about the Persian language, I can explain that this is a very informal way of asking how someone is doing, and it uses the informal you. Chetori, or to chetoree. If you want to use the same word to speak to someone with whom you must use formal vocabulary, you can say ‘chetoreen?’

Leyla: ‘hal’ means your feeling or you being. So it’s a more direct translation of ‘how are you’. How is your being. Haleh shoma chetore?

Leyla: This is what you’re going to use from now on to greet the in-laws Matt. Haleh shoma chetoreh. And if you want to use this phrase with someone you don’t need to use formal language with, it would be ‘halet chetore?

Leyla: So the chetori we used in the first program is a less common way of getting at the same thing. Both ways of asking work, but in general, it’s nicer and more common to use the full phrase, either haleh shoma chetoreh or halet chetore.

Leyla: Exactly perfect.  Moving on, in lesson three we learned how to introduce our name to people. Now, Matt how would you say ‘My name is Matt’

Leyla: Great. So this is very good grammar, well said, but unfortunately, it’s not the way native Persians speak conversationally. The colloquial way to say ‘My name is Matt” is to say ‘Esmam Matte’

Leyla: We’ve heared the suffix ‘am’ before, like in ‘khoobam’ which means I am well. Similarly esmam makes ‘esm’ first person. So esmam means ‘my name.’ And Matte is a combination of Matt and hast. Esmam Matte

Leyla: Don’t worry if you don’t quite understand how to break down sentences like that yet- you will learn over time. Now, adding e, as in Matte, only works if your name ends in a consonant. If your name ends in a vowel like mine, you have to add an st at the end, as in Leylast. So esmam Leylast

Leyla: So how would you say ‘My name is bobak’

Leyla: How about ‘My name is Sara’

Leyla: Or how about a harder one ‘my name is Andrew’

Leyla: ٍExactly, so the name Andrew ends in a vowel, and so you add an st no matter what the ending vowel is. Esmam androost.

Then, in lesson five, we also went over the words for family members.

Now, we included a word on our extra bonus material on the pdf guides that is nice to know that means ‘spouse’ and that is ‘hamsar’

Leyla: The literal meaning of this word is something along the lines of equal head, so it means ‘my equal’ or ‘my other’. It can be used for either husband or wife. There were a few other words in the bonus pdf guide that we should go over for use in future lessons. In the Persian language, there is a distintinction between aunts and uncles on the maternal and paternal sides of the family. On the maternal side, an aunt is called ‘khaleh’

Leyla: And your mother’s brother is called ‘dayee’

Leyla: So khaleh and dayee. On the paternal side, aunt is called ‘ame’

Leyla: And uncle is amoo

Leyla: So on the mother’s side, khale and dayee and on the father’s side ame and amoo. Now that we’ve learned these words, we can learn the words for cousin. I say words plural on purpose, because in the Persian language, there is not one word for a general cousin. Rather, you have to describe your cousin based on gender and the side of the family from which he or she is on. For example, if it is your maternal aunt’s daughter, you will call her just that. Dokhtar khale

Leyla: Notice that we don’t use the ezafe, saying dokhtare khale, which would more accurately be aunt’s daughter. It’s simply dokhtar khale. You’re literally saying saying daughter aunt. You can also have a daughter of your uncle your maternal side, dokhtar dayee.

Leyla: So now let’s learn boy cousins on your mothers side- pesar khale

Leyla: What does that mean Matt?

Matt: The son of your maternal aunt

Matt: The son of your maternal uncle.

Leyla: And paternal uncle is amoo

Leyla: So then what would  you call a male cousin on your paternal uncle’s side?

Leyla: Great! And the female cousin of your paternal uncle?

Ok, now there is one last thing that I want to go over before moving on to a few dialogues. One of the most powerful tools of communication is asking questions. We’ve been learning how to ask a variety of questions throughout the weeks, and have been learning key question words along with them. But let’s quickly go over all the question words in a consolidated fashion right now. We’ll be using these words extensively in the coming weeks, so it will be good to have a grasp of them before we move along.

So first, one that we’ve seen several times, the word for where, or, in Persian ‘koja’

Leyla: So this should sound familiar to you because we’ve used it several times. Matt can you think of an instance we’ve used the word ‘koja’?

Leyla: Right… koja kar meekonee is where do you work. Next the word for ‘why’ is chera

Leyla: We saw this in the conversation I had with my mother in lesson 6, when I asked her ‘shoma kee hasteed’ meaning ‘who are you’? Next, what is ‘che’. In conversation, you’ll usually hear it pronounced chee

Leyla: This is closely related to ‘how’ which is ‘chetor’

Leyla: This should sound familiar because how are you is ‘chetori’. Next, the word for ‘when’ is ‘kay’

Leyla: And finally, the word for ‘which’ is ‘kodam’

Leyla: Now, let’s try forming simple sentences with words we know to go over these question words. Again let’s start with koja. We’ve learned several sentences that have this word in them already. You mentioned koja zendegee meekonee earlier Matt. Let’s try a different one. To simply say where are you you say ‘kojayee’?

Leyla: This is the informal version, and kojayeen in the formal. Kojayeen?

Leyla: So these simply mean, where are you? And you can simply reply by saying something like ‘dar edare’ whch means in the office, or ‘dar restooran’ which means at the restaurant. Simple enough. Next, chera or why. A very simple phrase you can say using this word is ‘chera na’

Leyla: Can you guess what this means Matt?

Leyla: Exactly, chera na, why not? Next, kee. A simple sentence you can form with this word is ‘een kee-ye.’ Keeye is a combination of kee and hast, the word for is. So who is this. Een keeye

Leyla: And we learned several replies to this in lesson 5, such as ‘een baradare mane’.

Leyla: Next chee. If someone has said something you haven’t quite understood, you can quite simply ask ‘chee?’ and this means ‘what?’ So a potential question you could ask with word is ‘Chee doost daree?’

Leyla: Daree means to do and it’s in the second person informal conjugation. So this sentence means ‘what do you like?’ Chee doost daree

Leyla: So let’s go over all of these one last time in a slightly different order. Who is ‘kee’

Leyla: What is ‘chee’

Leyla: When is kay

Leyla: Where is ‘koja’

Leyla: Why is chera

Leyla: And which is kodam in written Persian, and kodoom in conversational Persian.

Leyla: These words are going to come up several times in the future, so it would be good to have a working knowledge of them now.

Leyla: As always, thank you so much for joining us for learn Persian with Chai and Conversation.

Matt: The next lesson is the review edition for Chai and conversation. Like we said before, you can get all the episodes and all the bonus materials for these lesson on our website at www.chaiandconversation.com.

Leyla: And until the next lesson, beh omeedeh deedar from leyla!

Matt: And khodahafez from Matt!

How to Talk About Your Likes and Dislikes 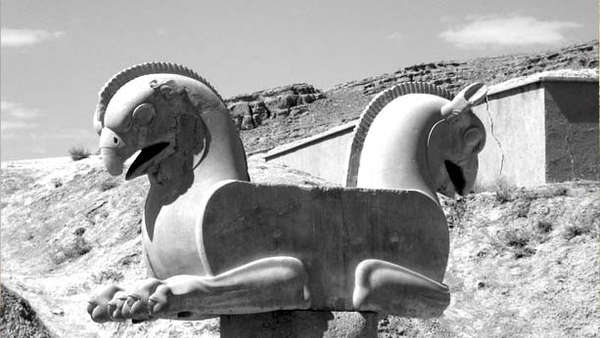